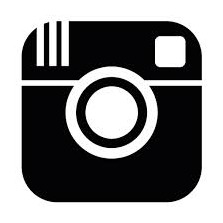 Standing before Marc Quinn’s looming Myth Venus sculpture in front of Christie’s Rockefeller headquarters last night was a masked protester holding a large poster that readF*** U. It was a parody of Wade Guyton’s 2005 Untitled that sold for $3.52 million just hours later at the live-streamed “If I Live I’ll See You Tuesday” auction, which included 35 contemporary artworks from blue-chip names such as Richard Prince, Jeff Koons, Martin Kippenberger and Alex Israel, all handpicked by contemporary art expert Loic Gouzer, with the majority of the production on his—and Christie’s—Instagram accounts.

Guyton, who makes his art on inkjet printers and photocopiers, had used his own Instagram account over the weekend in what was quickly interpreted as a subtle threat, rather than just a cheeky response, to the auction by printing and photographing dozens of prints using the same file that produced his original inkjet on linen Untitled. He could flood the market, if he wanted to. But he didn’t and the auction, which “witnessed worldwide participation” according to Christie’s and surpassed its pre-sale target of $92.9 million to total a record-breaking $134.6 million, saw Israel’s Sky Backdrop sell for five times its estimate at $1.25 million in what was the artist’s first appearance at auction. Meanwhile Kippenberger’s Untitled sold for the world record price of $18.6 million. “Christie’s is taking contemporary art and making it go to prices that it shouldn’t,” the anonymous protester told the New York Observer. “By the time they’re 30, these artists aren’t going to have anywhere to go.” But if Gouzer’s auction has taught us anything, it is that what artists will have is Instagram.