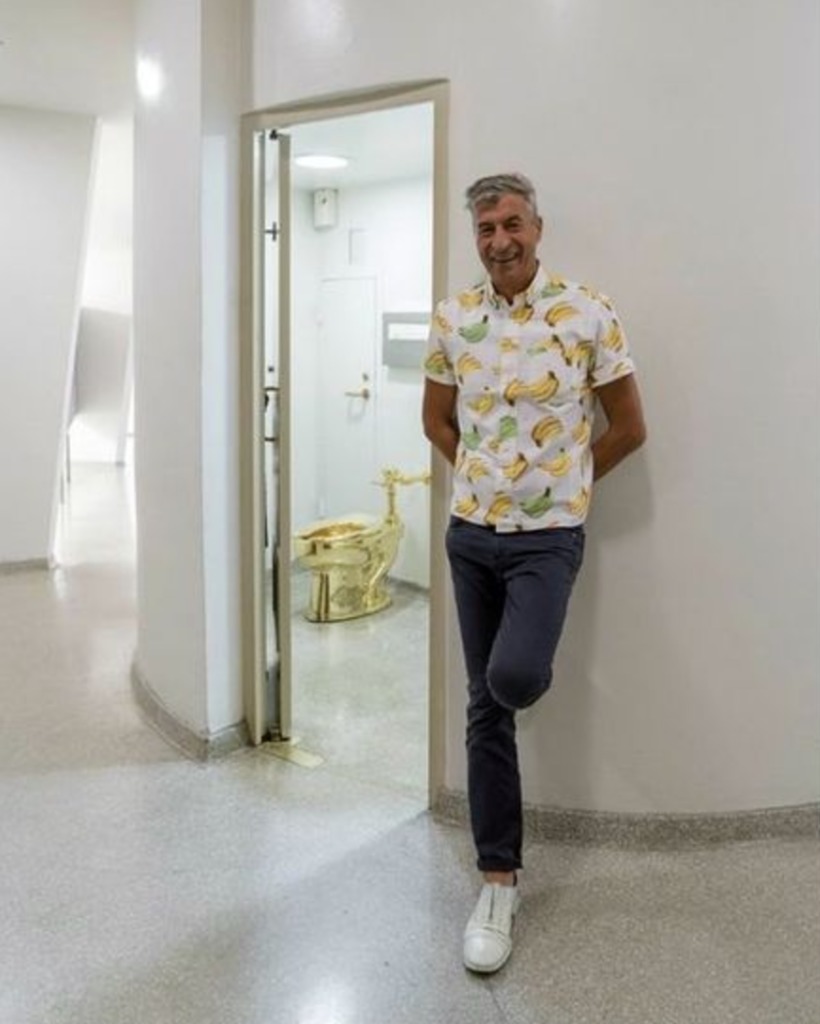 Often described as a provocateur, prankster and tragic poet of our times, Maurizio Cattelan has loudly announced his retirement from art in 2011. By installing an 18-karat solid gold toilet in the Guggenheim Museum in 2016, the artist has officially emerged from his self-imposed retirement, in style. Titled America, the ongoing project has taken up residence in a standard pre-existing restroom on the museum’s fifth-floor ramp, allowing the visitors to use the toilet in much the same way as they would use a normal one. Working in a vein that can be described as hyperrealist, Maurizio Cattelan has created some of the most unforgettable images in recent contemporary art. Sourcing materials from popular culture, history, organized religion or a meditation on the self, his at once humorous and profound sculptures reveal many contradictions at the core of today’s society. Having no formal art training, Cattelan considers himself an “art worker” rather than an artist, which speaks about his propensity for challenging socially ingrained norms and hierarchies. Often uniting humor and the macabre in his practice, he is seen by many as one of Duchamp’s greatest contemporary heirs. With this latest provocative piece, one cannot help but make these parallels. For those who feel that contemporary art often seems like a big hoax where the audience is getting played, the old question “Is it art?” seems legit. [but it isn’t]