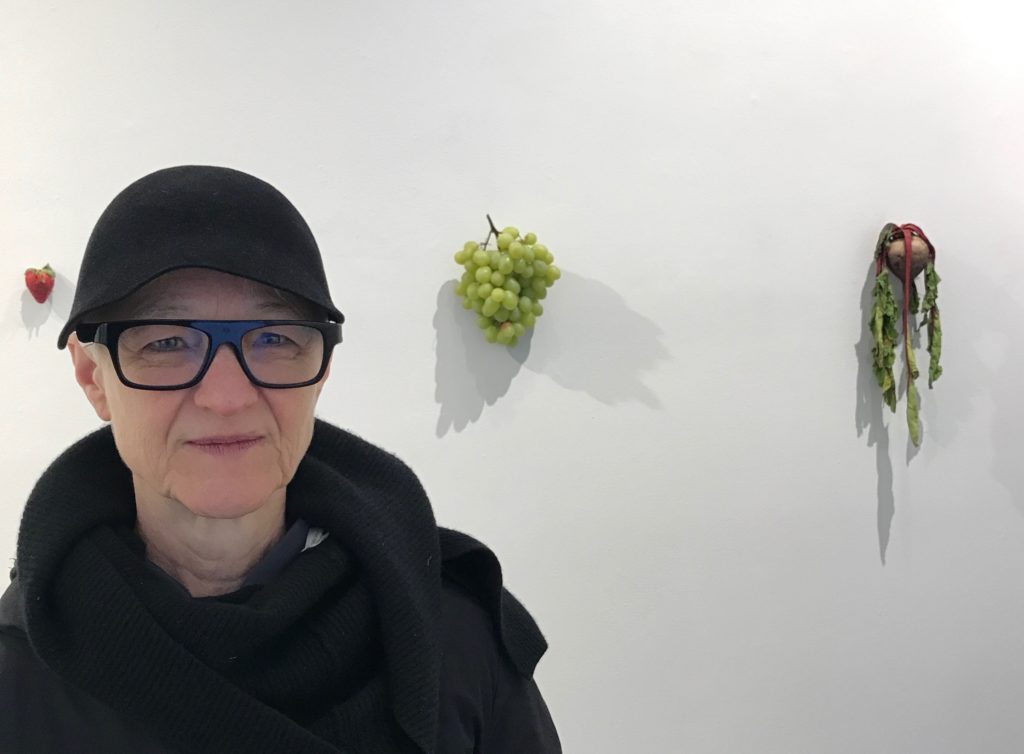 Karin Sander’s Kitchen Pieces draw your attention to the rhythmic ridges of an acorn squash, the bumpy peel of an orange, and the spiky surface of a yellow dragon fruit.

I wanted to write about German artist Karin Sander’s exhibition Kitchen Pieces at Carolina Nitsch in New York from the outset; it’s that novel and striking. The exhibition opened during art fair week, when one gazillion (or more) artworks flooded New York, all competing for attention at the fairs and in exhibitions. Sander’s were among the most startling and compelling I saw — if not the most startling and compelling.

I held off writing, though, with the understanding that it is important to note how Sander’s artworks change over time, which they most definitely do. They can be pristine and exquisite, but they also sag, leak, grow brittle, and decay. Sometimes, when they decay too much, they are replaced by fresh versions, which is just fine with the artist. More on this in a minute.

For those unfamiliar with Sander’s “Kitchen Pieces,” which have been realized in different incarnations and at different locations since 2012, but not in New York until now, an initial encounter is often marked by wonder and humor, bafflement and unease, because you are not at all sure exactly what you are seeing. Your eyes are enamored, but you don’t trust them. How could a cauliflower be this riveting? How could a single beet be so absolutely compelling? How were they made? What you are seeing looks very familiar, but at the same time strange and unreal.