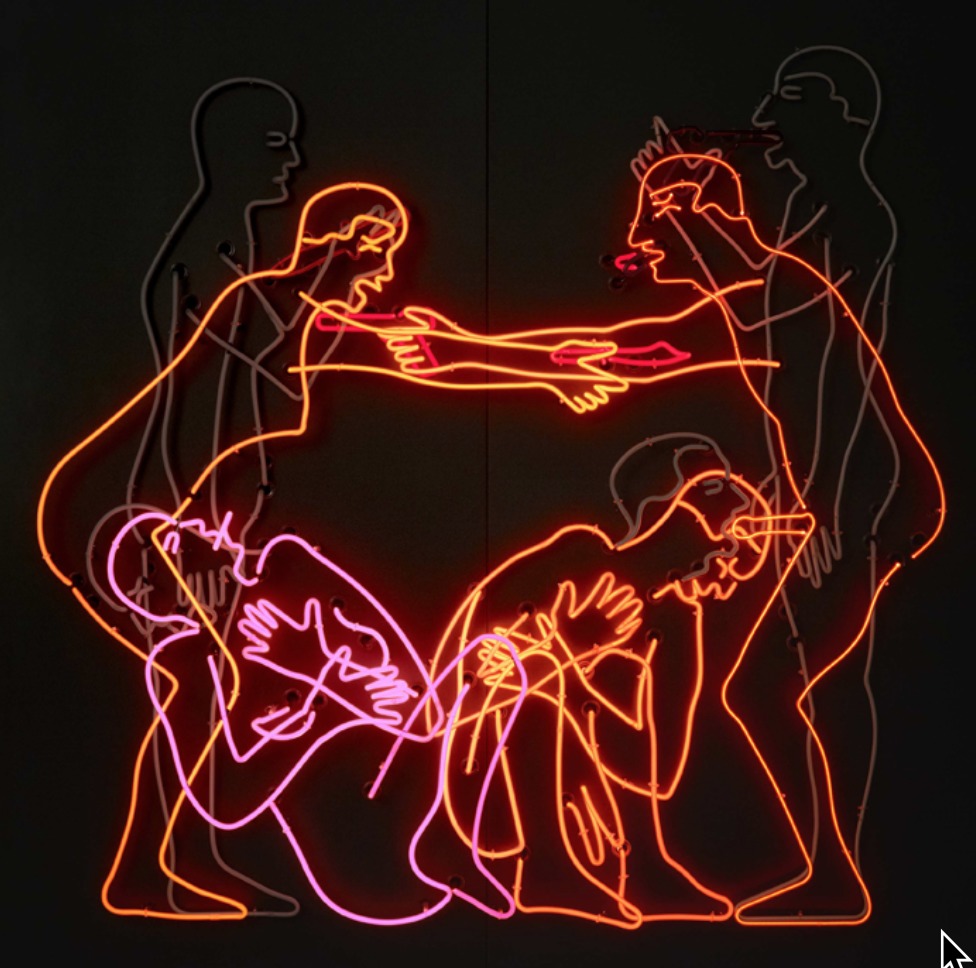 None of these answer exactly ‘why Nauman?’ The artist, now in his seventies, is the subject of a third retrospective, his first in 20 years, and his second at the Museum of Modern Art in New York (though this one opened at the Schaulager in Basel in March). Both this exhibition and Nauman’s previous retrospective were organised by onetime MoMA deputy director and now Rauschenberg Foundation executive director Kathy Halbreich, one of Nauman’s devotees. For Halbreich, the persistence of ‘disappearance’ as ‘act, concept, perceptual probe, magical deceit, working method, and metaphor’ in Nauman’s art is what distinguishes, or at least organises, this year’s retrospective. While preparing her show, this ‘oxymoronic’ appearance of disappearance, Halbreich writes in her introductory essay to the catalogue, ‘surprised – really sideswiped me’, insofar as it offered a new means to understand Nauman’s notoriously difficult practice.