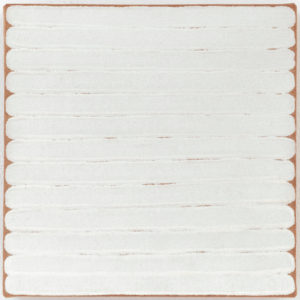 Robert Ryman, one of the most important American artists to emerge after World War II, a Minimalist who achieved a startling non-Minimalist variety in his paintings even though they were mostly white and usually square, died on Friday at his home in Greenwich Village in Manhattan. He was 88.

His death was announced on Saturday by a spokeswoman for the Pace Gallery in New York, which has long represented him. No cause was given.

Mr. Ryman was perhaps peculiarly American in being an autodidact who never took a single art course. His art education consisted of seven years as a guard at the Museum of Modern Art in New York.

He accordingly brought an American pragmatism to the mystical tradition of modernist abstraction, which had originated with early-20th-century pioneers like Kazimir Malevich and Piet Mondrian, both of whom gave special place to white.