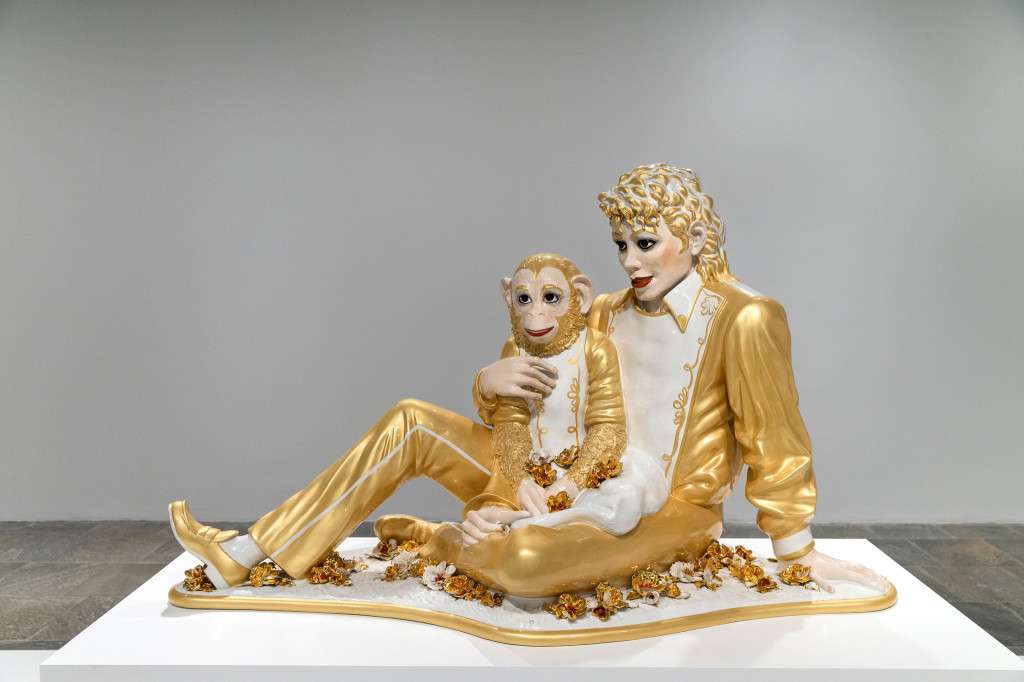 Midway through the Whitney Museum’s Jeff Koons retrospective, you come upon “Banality.” The series, unveiled in 1988 at three galleries concurrently (Sonnabend in New York, Donald Young in Chicago, and Max Hetzler in Cologne), made Koons the neo-Pop god that he is today. It consists of a series of man-sized kitsch figurines.

“In my ‘Banality’ series I started to focus on my dialogue about people accepting their own histories,” he said later. “I was just trying to say that whatever you respond to is perfect, that your history and your own cultural background are perfect.” This is typical of Koons’s self-help-ish patter of positivity, though also actually sharper than most of Koons’s pronouncements in acknowledging that there are other cultural backgrounds.

Today, Jeff Koons dominates the center of the art conversation as no one else does. His ideas about turning off your critical mind so infuse the system that the Whitney repeats his bizarre, tone-deaf thoughts about race without even seeming to find them that troubling. Which shows that his universal shtick is an illusion: He speaks both to and from a specific place, and it’s dangerous to forget that.