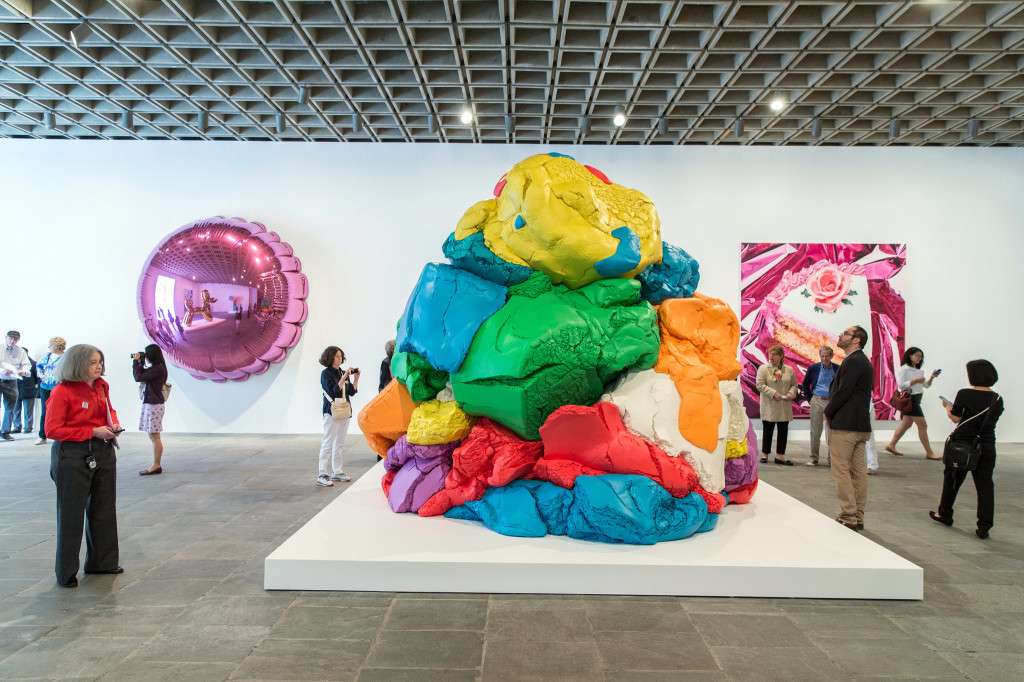 There are so many strange, disconcerting aspects to Jeff Koons, his art and his career that it is hard to quite know how to approach his first New York retrospective, the Whitney Museum of American Art’s largest survey devoted to a single artist.

First there are the notorious sex pictures from his “Made in Heaven” series of 1989-91, big paintings printed in oil inks on canvas that depict the artist in stagy foreplay, and beyond, with his wife then, the angelic Ilona Staller, known in her porn-star days as La Cicciolina. There is the automaton-like presence of the artist himself, as freakish as Andy Warhol, but far wordier, seemingly more extroverted and given to a slightly nonsensical Koonsspeak that casts him as the truest believer in a cult of his own invention. Like his art, he is completely sincere.

Despite some ups and downs, this is a gripping show. It chronicles a sculptural career that is singular for its profusion of color, crafts and materials; its opening up of historical avenues closed by Minimalism; and its faith in both accessibility and advanced art, that other New. And it’s a great way for the Whitney to decamp, tossing the Met the keys, knowing that we won’t soon forget that it still owns the place.