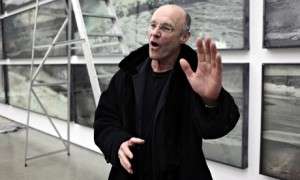 Beuys, Richter, Kiefer, Polke, Ernst … such a formidable lineup shows up British contemporary artists for the commercial, over-hyped and celebrity focused lightweights that they are.
Germany has proved its global footballing eminence by winning the 2014 World Cup, yet soccer is just one of many things Germans excel at. There’s also art.

What is the most exciting show coming up in Britain this autumn? No question – it is the German artist Anselm Kiefer’s exhibition at the Royal Academy. Kiefer is one of the most imaginative, original and serious artists alive. History hangs like snow-laden fir branches in the haunted forest of his art. He is a magic realist whose way of seeing makes most of our feted British artists look silly.

In fact, England (or even the whole of Britain) would have little chance against Germany in an artistic World Cup. Against a team of modern German artists that could boast the likes of Kiefer, Gerhard Richter,Joseph Beuys , Sigmar Polke, Max Ernst, Kurt Schwitters and Otto Dix, who could we put up? Overpaid stars like Damien Hirst and Marc Quinn, plus a few old-timers such as Stanley Spencer (whose name actually sounds like a 1930s football player) and Henry Moore (surely a Leeds goalkeeper in the days of long shorts).