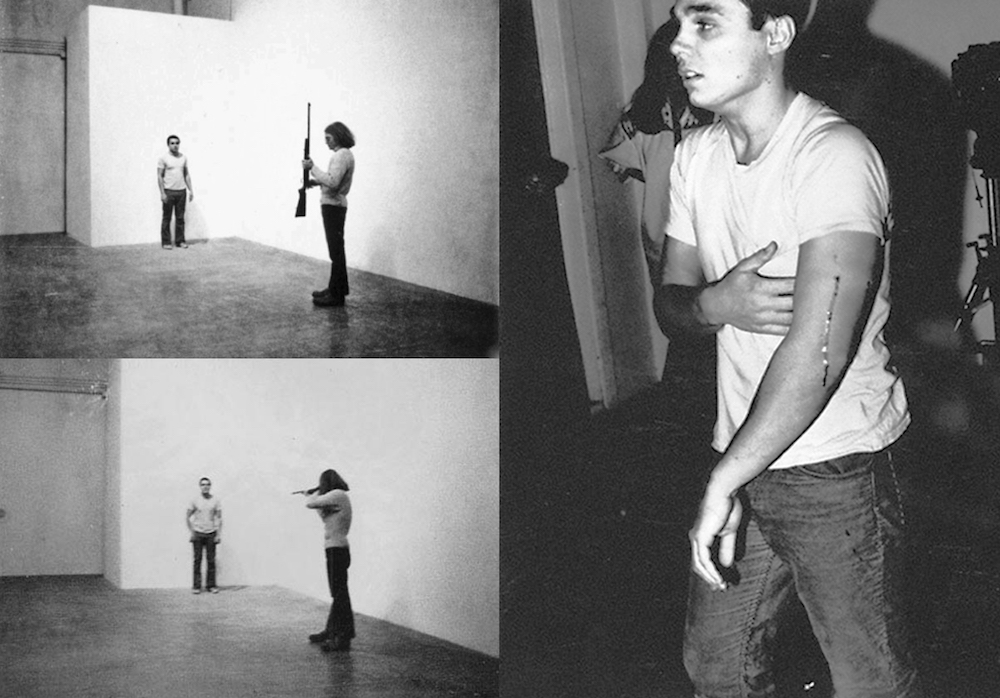 Performance artist and sculptor Chris Burden, who may remain best known for a performance in which he had himself shot in the arm, died today at his home in Topanga Canyon, California, at age 69. The cause was malignant melanoma, according to the artist’s friend Paul Schimmel, as reported in the L.A. Times.

Due to Burden’s willingness to endure physical suffering and even injury in his 1970s performances, those performances are still bracing. Burden had a friend shoot him in the arm (Shoot (1971)), had himself confined for nearly a week in a locker (Five Day Locker Piece (1971), his master’s project at the University of California Irvine), had himself shocked (Doorway to Heaven(1973)), and had himself crucified on the roof of a car (Trans-fixed (1974)). To create Through the Night Softly (1973), he crawled across broken glass.

The New Yorker magazine critic Peter Schjeldahl called Shoot both a classic and an atrocity. In response to the critic’s question as to why he created such works, Burden told Schjeldahl, “I wanted to be taken seriously as an artist.”