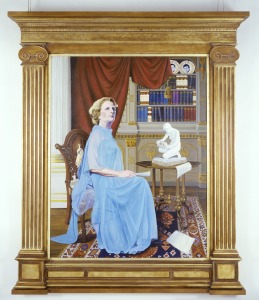 Early last March, London’s Conservative mayor Boris Johnson unveiled Hans Haacke’s “Gift Horse,” the tenth commission installed on Trafalgar Square’s Fourth Plinth. Described on the Greater London Authority’s website as a rumination on the “link[s] between power, money, and history,” “Gift Horse” consists of a bronze horse skeleton and a live electronic ticker of the London Stock Exchange. During the unveiling, both Johnson and Haackeevaded questions about the work’s meaning; Johnson acutely aware of the sculpture’s import during a period of harsh economic austerity, and Haacke preferring to leave the interpretation of his work to viewers.  Read the question and answer:

TM: Have you ever attributed specific political and social changes to your art?

HH: That would be megalomania!