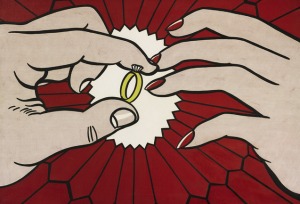 The art market is going from record to record, so why aren’t the auction houses making more money?

Sotheby’s reported an unexpected second-quarter decline Friday in part because it lost money on a painting that sold for less than anticipated. The news sent its shares down 7.5 percent to $37.49 in New York on Friday, the lowest level in 10 months.

Fierce competition to win trophy artworks is eating into profit at the major auction houses even as paintings and sculptures by Pablo Picasso, Andy Warhol and Alberto Giacometti surge to their highest levels, fueled by growing private wealth and a six-year rally in financial markets. To snag top consignments, Sotheby’s and its rivals are offering incentives to sellers such as guaranteeing minimum prices or buying works outright in advance of an auction.