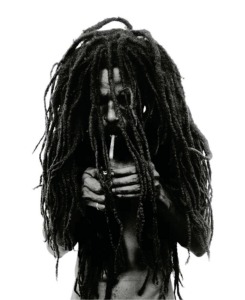 Renowned photographer Donald Graham brought a federal complaint against Gagosian Gallery, Larry Gagosian, and artist Richard Prince on December 30 for unauthorized use of one of his famous images,Rastafarian Smoking a Joint, in the 2014 show “New Portraits.” Along with the black-and-white image of a Rastafarian man lighting a marijuana cigarette, which is the subject of the suit, the show featured images that had been taken from Instagram posts, blown up and modified with some commentary added by Prince.

The allegations Graham has made against Gagosian and Prince echo copyright charges brought by photographer Patrick Cariou in 2009, when Prince used images from his “Yes Rasta” series in paintings for his 2008 “Canal Zone” show at Gagosian Gallery. The court ultimately held that most of Prince’s works, but not all of them, were protected under the fair use clause and in March 2014, Prince settled with Cariou.