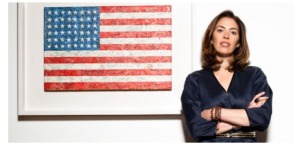 In a somewhat surprising move, Sotheby’s announced today it will pay $50 million in cash to acquire the art advisory firm Art Agency, Partners and create a new Fine Art Division run by AAP’s Amy Cappellazzo and Allan Schwartzman. The deal could reportedly total $85 million if the performance benchmarks over the next five years.

The left-field acquisition seems to underscore the uncertainties about how Sotheby’s, and auction houses in general, should thrive in changing markets. In an interview on Artspace early last year, Cappellazzo was asked about her new employer’s prospects.

“In the old days, these were simply agent-based auction businesses, but the more the auction houses use their own capital the more that changes the type of business they are in,” she said. “Sotheby’s has a very robust lending program, and both houses do more that looks like private equity. But as you look at the overall industry, you have to be very savvy and have a little bit of a crystal ball to imagine where it’s is going.”