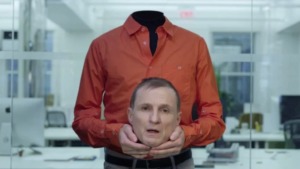 In Part I of this series on the State of the Culture, I looked at the changing environment for museums; Part II was dedicated to the changing rules for artists; Part III examined the new dynamics of art media. In Part IV, I try to sum things up.

Flaubert’s Dictionary of Received Ideas is a kind of parody of 19th-century cocktail-party clichés. There’s an entry for “Photography.”  It reads: “Will replace painting.”

“Technology is changing everything!” has been a cliché for as long as there has been technological change. On the other hand, cliché and parody are both different ways that society brings fearsome change down to manageable mental scale.

Photography didn’t replace painting. But it did, after all, dramatically transform what people valued in it. Almost everything we know or think about modern art comes from that fact.

There was an awful lot of routine and dutiful European painting, whose main justification was to offer evidence of things seen. That went by the wayside—and you got dramatic and adventurous new kinds of art in its place, as artists were freed up from their habitual justifications for making what they did.