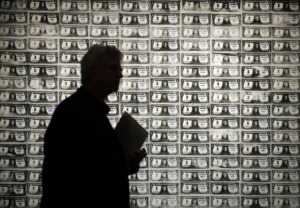 Don’t be afraid to sell a masterpiece, look at the middle market, and more advice for cashing in on art when the stock market is falling.

Nothing gold can stay, and every art-industry veteran understands that the good times don’t last forever.

Beneath the big-money rumblings of last November’s New York auctions—a bellwether slate of sales unfolding just a few weeks after the 10-year anniversary of the Great Recession dredged up memories of titanic losses—it wasn’t hard to hear a consistent, if sotto voce, stream of concern about a looming market downturn. The chatter only grew louder after several of the week’s marquee lots were greeted by lackluster demand or failed to find buyers entirely, dimming sentiment on the decent yet somewhat uninspiring overall results—and perhaps on the market’s prospects as a whole in 2019.

A few months later, against the backdrop of Brexit and other political uncertainties, many in the trade remain wary about the near future. Another decline is inevitable. When it will begin, and how harmful it will be, remain open questions. Rather than speculate about those impossible-to-predict answers, however, we’ve set out to examine past market contractions for lessons that could prepare us for the next one. Because no matter how unappetizing it may be to sell art in a downturn, someone is going to have to do it.