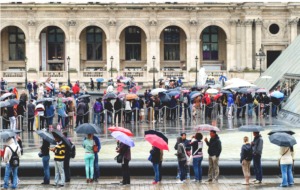 In such stormy times, what does it mean for a museum to be successful? For this, our 101st issue of In Other Words, we asked directors around the world how they evaluate achievement. From balancing the books to broadening the conversation; from creating communities to provoking public debate, museums have complex and differing agendas.

Historically, visitor numbers have been the standard metric, despite the fact that “most museum attendance figures, from a purely scientific point of view, are unverifiable” as the late Okwui Enwezor, the former director of the Haus der Kunst in Munich, said in an interview with In Other Words in mid-December (read the full transcript here). “I truly believe there is a lot of fudging of numbers going on out there,” he said, calling the whole notion of attendance figures and visitor numbers “voodoo economics”.