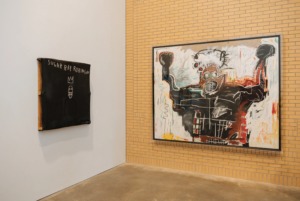 A few years ago, a plaza in Paris was named after the artist Jean-Michel Basquiat, the Brooklyn-born painter who became a global sensation in the early 1980s and died at 27 of a heroin overdose. No similar honor has been bestowed upon Basquiat by the City of New York. However, the opening of the Brant Foundation Art Study Center in the East Village, with an exhibition of nearly 70 works by Basquiat created from 1980 to 1987, serves as a fitting temporary shrine. The Brant in Manhattan is also part of a wave of private museums opening across the country, including the Hill Art Foundation in Chelsea; the expansion of Glenstone in Maryland; and the Marciano and Broadcollections in Los Angeles.

But first, Basquiat. The story of this painter of Haitian and Puerto-Rican descent is one of the most documented in contemporary art history. Basquiat moved to Manhattan — partly to escape his strict accountant father — couch-surfed, lived off girlfriends and formed a post-punk band called Gray after “Gray’s Anatomy.” He sprayed poetic, enigmatic graffiti on walls in downtown Manhattan before moving to canvas and starred in an independent film, “Downtown 81.” He dated Madonna before she was famous and made paintings with his hero-turned-friend, Andy Warhol.