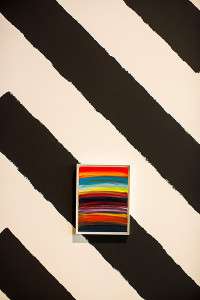 When Creed opens a retrospective at London’s Hayward Gallery on Wednesday it will be the latest chapter in one of contemporary art’s most glittering careers. It’s hard to believe he was once such a nobody that when this unknown artist sent Work No 88, A sheet of A4 paper crumpled into a ball, to Nicholas Serota, director of the Tate, Serota’s secretary sent it back flattened out – at least that’s what Creed used to say.

He certainly got asked this when he won the Turner prize. Sunday Times art critic Waldemar Januszcak has called Creed “the worst winner of all time of the Turner Prize”. The lights go on; the lights go off. What’s the point of it?