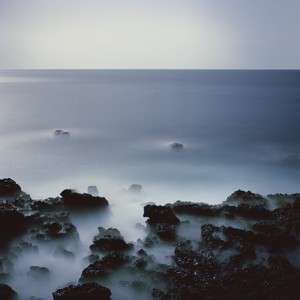 At least two guiding spirits hover around To Leave a Light Impression, the new show by British artist Darren Almond at White Cube, Bermondsey. The most obvious is Charles Darwin, in whose footsteps Almond followed to make several of his images. The other is the lesser-known Scottish nature writer, Nan Shepherd, whose book, The Living Mountain, provides the exhibition’s epigraph:

“So there I lie on the plateau, under me the central core of fire from which was thrust the grumbling, grinding mass of plutonic rock, over me blue air, and between the fire of the rock and the fire of the sun, scree, soil and water, moss, grass, flower and tree, insect, bird and beast, rain and snow – the total mountain. Slowly I have found my way in.”