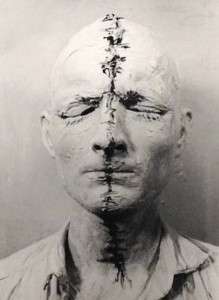 Brus and his fellow Actionists, Otto Muhl, Hermann Nitsch and Rudolf Schwarzkogler, have been explained away as the upshot of Austria’s failure to come to terms with Nazism, as an extreme manifestation of the sexual revolution, a logical extension of action painting, and as an attempt to break down the boundaries in place around gender, libido, food, personal space, and bodily fluids, in one violent release.

Yet, over 40 years later, their art isn’t readily digested or explained away.