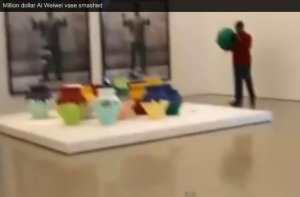 A vandal was arrested after breaking a million-dollar vase at the Perez Art Museum Miami (PAMM). According to the Miami Police report, a museum security guard.