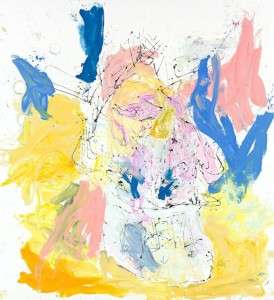 Georg Baselitz, the veteran German artist who likes to bait, provoke and raise hackles, most recently with an interview in Der Spiegel in which he said women artists couldn’t paint (he mentioned the few exceptions, which was generous of him), is enjoying a triple billing in London.

His new paintings at the Gagosian Gallery adopt the Abstract Expressionist brushstrokes and bright palette of Willem de Kooning, while the British Museum displays prints from the early Sixties and Seventies, alongside the graphic works of five postwar German contemporaries. The third outing opens this week at the Royal Academy with a selection of 16th-century Renaissance and Mannerist chiaroscuro woodcuts from Baselitz’s personal collection, a collection that’s had some influence on the artist’s own style and printmaking technique.