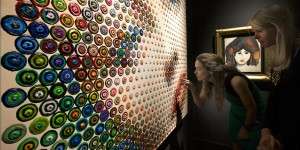 The season of art market performance reports is upon us, and keeping up with them all can be an all-consuming—and sometimes baffling—affair. In the last month various entities have declared 2013 to have been both the best year ever and the second best year ever for art sales, while also (erroneously) declaring art to be that year’s worst performing alternative asset class, ranking behind wine, stamps, cars, and other collectibles in profitability. Of course, part of the problem is that each firm defines its markets differently—sometimes looking at just the auction sector, sometimes trying to compare year over year sales figures for individual artists. But casual readers—and journalists in the financial press who know little of the art market, but nonetheless breathlessly tout the numbers—should consider a host of hidden conflicts and biases that render most of these statistics next to meaningless.

Perhaps the most reliable broad-based report comes from the European Fine Art Foundation—organizers of the TEFAF fair that opened this week in Maastricht—which pegged last years art and antiques market at about $66 billion, just shy of the all time record of $67 billion achieved in 2007, right before the crash.