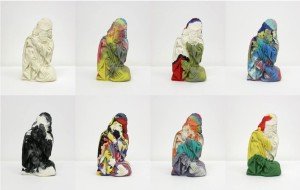 Could it be? Are we already post-Internet?

It’s a bemusing term you may have heard floating around the art world recently, and now a new exhibition called “Art Post-Internet” at Beijing’s Ullens Center for Contemporary Art—organized by critic/curator Karen Archey with writer/gallerist Robin Peckham—has set out to encapsulate the budding movement, which may be the most significant of its kind to emerge in a while. The key to understanding what “post-Internet” means is that, despite how it sounds, it doesn’t suggest that the seismic technological developments associated with the Net are finished and behind us. Far from it.