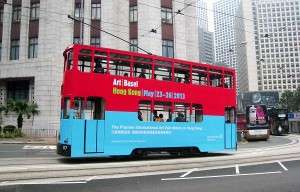 In the weeks since Art Basel in Hong Kong announced that its 2015 edition would take place nearly two months earlier than in the past, various lines of speculation about the rationale behind the move have been buzzing. With the vast amount of advanced planning that goes into pulling off a major art fair, the packed schedules of the appropriately enormous convention centers, and an already overcrowded art world calendar, a move of such magnitude cannot be taken lightly.

artnet News spoke with Art Basel in Hong Kong director Magnus Renfrew to test out some hypotheses on why mid-March might be the right fit.