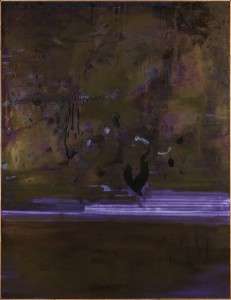 The late German artist Sigmar Polke was not the type to make things easy for anyone.

After trying to interview him in Los Angeles in 1995, reporter Kristine McKenna wrote that she felt like Margaret Dumont “trying to get a straight answer out of the Marx Brothers.” That same year, British critic Adrian Searle showed up at Polke’s Cologne studio but returned to the airport without ever finding him. “I think I wept,” he later wrote. (Polke sent a photo of himself doing a Nazi goosestep and scrawled “Sorry” on the back.)