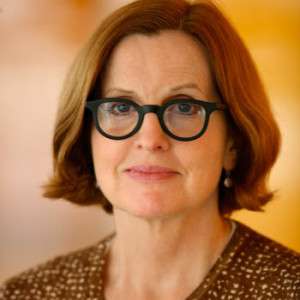 According to the New York Times’ chief art critic Roberta Smith, she only gives one talk and she’s been giving it for the last 30 years. “I give it a new title every so often,” she quipped last week .

Smith’s glibness may appear off-putting, but in person it was anything but. I interviewed her a few hours before her lecture and she began, warmly and playfully, by issuing the same proviso, adding, “so I don’t know what you could ask me that I won’t be talking about later.” There was, it turned out, lots to discuss, with little overlap. Both experiences were riveting and convivial.