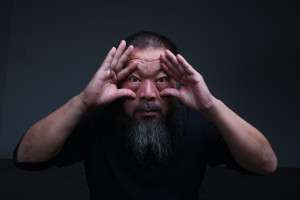 The Berlin show is vast, Ai’s largest ever, spanning 32,300 square feet in the Martin-Gropius-Bau. Most of the works are new, tracing the time since his relationship with the government went sour ahead of the 2008 Olympics. They also tend to take a more personal tone, playing up (for better or worse) the celebrity status that he has garnered, particularly since his arrest, and which has since clouded much of the judgments of his oeuvre. Some older, rarely-seen pieces like One Man Shoe (1987) from his very first show at New York’s Ethan Cohen also crop up. More or less, though, 2008 is a central jumping off point.