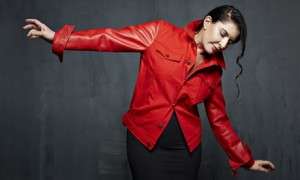 The row around Marina Abramović is redundant, as the story of art is one of homages and remakes. But that’s not to say there isn’t a problem.

“Good artists copy, great artists steal,” said Pablo Picasso. Or at least he gets the credit for saying it. Perhaps he pinched the words from Oscar Wilde. For there truly is nothing new under the sun, or not entirely new, anyway. Originality does not burst from an artist’s head like an alien entity, but is a subtle game of variations and transformations out of which, once in a while, comes the shudder of true artistic surprise.

A group of art intellectuals who have questioned the originality of a performance to be staged by Marina Abramović at the Serpentine Gallery this summer has strayed into very silly territory. They are wrong about the very nature of art, and the way it changes through time; its history. This is bizarre, because the people making the fuss are professional art historians. They insist Abramović should acknowledge a previous work by the American artist Mary Ellen Carroll, which they say has a prior claim to her chosen theme. In a surreal twist that theme happens to be “nothing”.