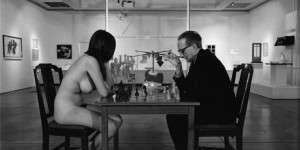 “I force myself to contradict myself in order to avoid conforming to my own taste,” proclaimed Marcel Duchamp, Dada master and the man behind everyone’s favorite urinal.

The phrase only begins to explain the versatile, zany and ever-evolving works of the French-American artist, famously known for “The Fountain,” his 1917 pièce de résistance that will go down in history, according to the BBC and a panel of 500 experts, as the most influential artwork of the 20th century.