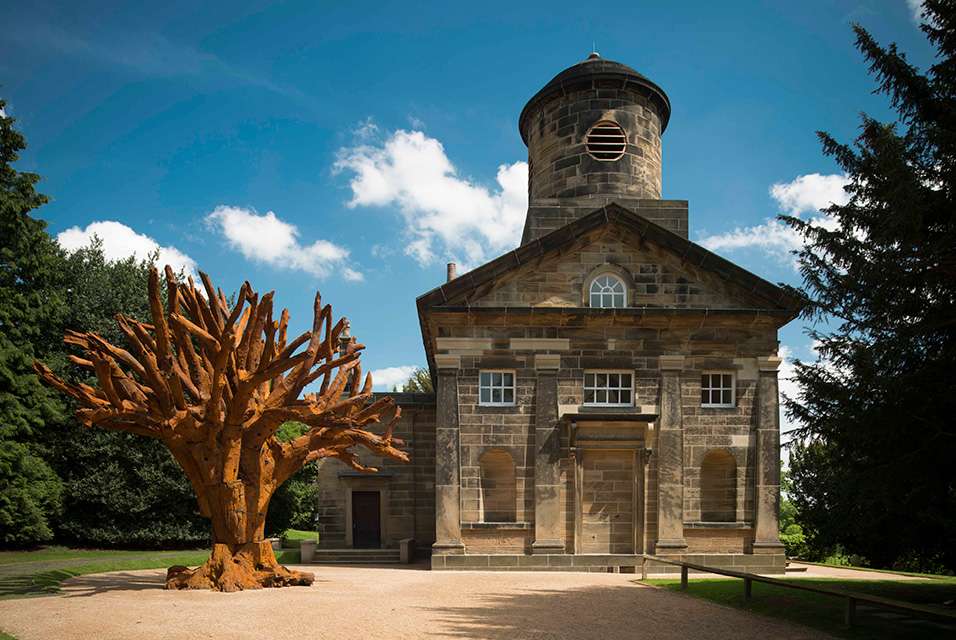 WAKEFIELD.- Yorkshire Sculpture Park announces an exhibition by Ai Weiwei, opening in the Park’s newly refurbished 18th century chapel following a £500,000 restoration. The project, the first by Ai Weiwei in a British public gallery since Sunflower Seeds at Tate Modern in 2010, is accompanied by poetry readings from the works of celebrated poet Ai Qing, Ai Weiwei’s father. Ai Weiwei in the Chapel opened to the public on Saturday 24 May 2014. Iron Tree, 2013, a majestic six-metre high sculpture is presented in the chapel courtyard, while the installation Fairytale-1001 Chairs, 2007-14, is presented inside the chapel with three other works: the porcelain Ruyi, 2012; marble sculpture, Lantern, 2014; and Map of China, 2009. The sculptures shown within the chapel relate to ideas about freedom and to the individual within society, whilst also connecting with the history and character of the building.