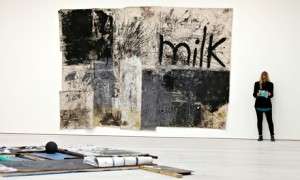 A few years ago, Carlos Rivera was a virtual unknown, even in the art circles where he earned his living. He was just another gallerist, running a West Hollywood outlet called Rivera & Rivera, mostly putting on photography group shows.

Now, however, Rivera is making waves with his ArtRank service, which makes “buy” or “sell” judgments on contemporary artists, in the same way that stockbrokers rate shares. For $3,500 a quarter, ArtRank’s clients get snappy – some might say brutal – investment advice based on information such as past sales, studio output, upcoming shows and posts on Instagram and Twitter. The service, which he says uses complex algorithms developed for investment banking, is limited to 10 subscribers at a time; when Rivera threw the list open in April, there were, he says, more than 80 applications.