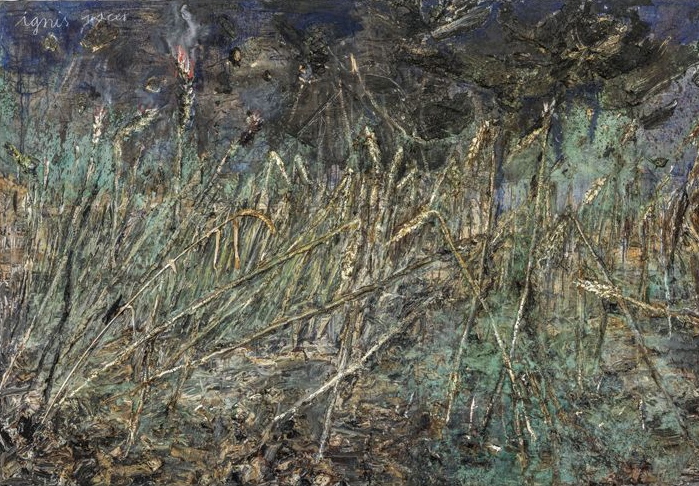 Born in Germany as the Nazis fell, Anselm Kiefer’s back catalogue is an astonishing look at the awful burden of history.

Anselm Kiefer was born in Germany in 1945. A new life can rarely have started in a less promising place and time. To enter the world as the Third Reich fell was to be a baby surrounded by human ash.

Does that seem a tasteless way of putting it? Well, Kiefer is not tasteful. Ever since he posed for a photograph in 1969 giving the sea a Nazi salute, he has resurrected the terrors of the 20th-century in a shocking, pungent and explicit way that defies both the politeness of forgetting and the evasiveness of appropriate speech. He would rather you were angry than amnesiac. He will not let the ashes of history’s victims blow away, but thrusts them in your face as a handful of truth.

He is the most liberating painter since Jackson Pollock. Like Pollock, Kiefer transforms a painting from a picture to be contemplated into a fact that splashes out into the world. Pollock often left bits of rubbish on the surface of his paintings; cigarette butts that fell in the wet paint, for instance. And Kiefer, who includes Pollock-esque drips among the marks he makes, also leaves everything from woodcuts to organic matter encrusted on his art’s rich surfaces. But the effect is utterly different from the late American artist.