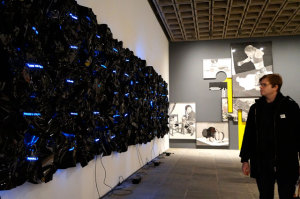 Ever since critic and theorist Walter Benjamin penned his landmark essay in 1936, it’s been accepted as a kind of common wisdom that the aura of the artwork has withered in the (never-ending) age of mechanical reproduction. But a new study suggests the aura hasn’t vanished entirely yet, and perhaps it never will.

“Are Artworks More Like People Than Artifacts? Individual Concepts and Their Extensions,” published last month in Topics in Cognitive Science, sees professor George E. Newman and doctoral student Rosanna K. Smith at the Yale School of Management, along with professor Daniel M. Bartels at the University of Chicago Booth School of Business, attempting to unravel the question of how people understand identity continuity — basically the conclusion that a person or thing is still itself over a period of time or change — and how that connects with our valuation of art. To wit, they propose that “judgments about the continuity of artworks are related to judgments about the continuity of individual persons because art objects are seen as physical extensions of their creators.”