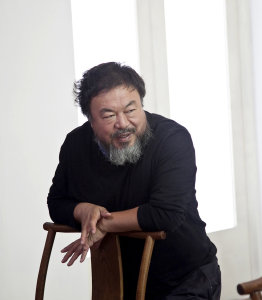 The big man of Beijing’s new show fills the former prison with a giant rainbow dragon and Lego models of 175 prisoners of conscience, from Nelson Mandela to Edward Snowden. The artist’s bravery and commitment are extraordinary.

Welcome to prison, and a celebration of liberty. Ai Weiwei, the big man of Beijing, has spent years discovering pockets of freedom in the most straitened circumstances, resisting every effort by the Chinese government to shut him down.

This week he opens a major new exhibition in a place that makes that resistance literal: on Alcatraz, the island penitentiary in the San Francisco bay. The United States has the highest incarceration rate on the planet. But this prison is decommissioned, and Ai is using it to extraordinary effect.

Ai has not stopped exhibiting since his arrest in 2011, and if anything his art has grown more antagonistic and more vital since being carted away by the Beijing police. (He evoked his detention at last year’s Venice Biennale, via uncanny scaled-down dioramas of his prison cell.) But Alcatraz is a different beast from anything that’s come before. It’s not a museum but a major tourist attraction, with an audience that may or may not be disposed to contemporary art, and Ai’s art has been totally integrated into the historical site. It has never hosted anything like this before.