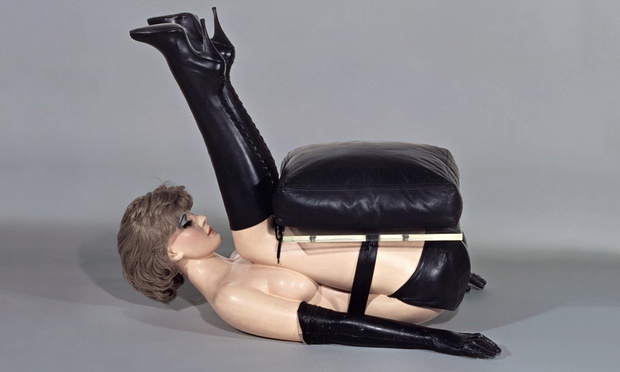 Zoe Williams goes among the women as fetish furniture at the RA’s new show to find out.

I find it very difficult to have an authentic response to work that has generated a lot of controversy in the past. My inner contrarian harasses me to disagree with the orthodoxy. So I was all set to resist the feminist critique of Allen Jones, simply because it would be predictable to agree with it. And yet, at the same time, I hate the way decades simply trump debate, so that the heat around Jones – that he didn’t attack or make problematic the objectification of women so much as art-ify it, make it respectable – has simply abated, as he has become respectable, part of the canon.

Jones was the canary down the mine in 1969, observing obliquely: This is the real direction of the pop art pin-up, the woman separated by an ad man into all her pneumatic parts; this is where we’re headed, to a place where women can be anything except people. Did second-wave feminists shoot the messenger? Or did he mangle the message? The debate is still open.