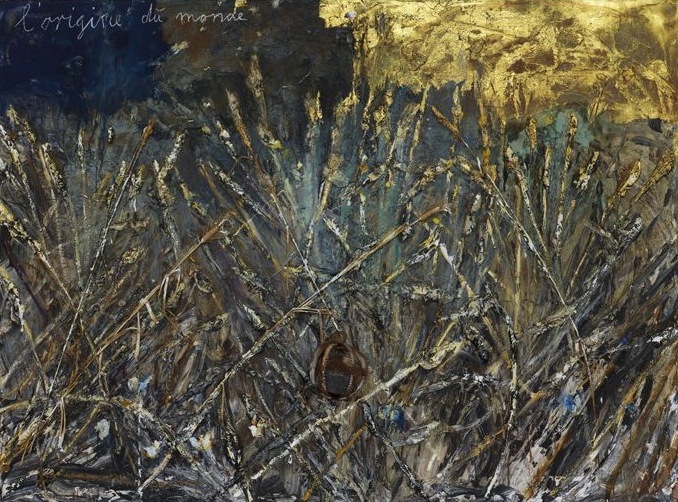 There are many sides to the work of the German artist Anselm Kiefer. Those lucky enough to visit his studio complex at Barjac in the South of France encounter a staggering array of installations, underground tunnels, and tottering concrete towers resembling some contemporary equivalent to the fortifications of medieval Tuscany. But wisely, the Royal Academy has chosen to present Kiefer largely as a painter in a huge and triumphant exhibition of his work, running September 27 through December 14.

This is one of those exhibitions in which a major artist’s work and position in art history fall into place. You walk out feeling Kiefer is a giant figure in contemporary art. The show is visually stunning in an old-fashioned way, through the force of brush-stokes, paint surfaces, and, often, sheer scale.

The cycles of history of are one of Kiefer’s themes, as is time the destroyer, the burgeoning and death of everything — hence those sun flowers that interest Kiefer as much as they did Van Gogh — and the stars of the cosmos. These are weighty subjects, too ponderous you might think for any art to carry. But somehow, Kiefer does it. This exhibition is monumental, magnificently over the top, and marvellous.

Sounds like an exhibition not to be missed – we won’t!