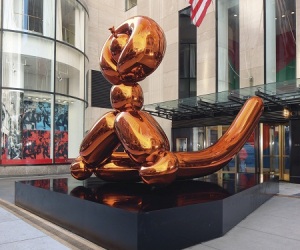 The art market appeared to be in rude health as 2014 drew to a close. More money was spent on blue-chip and emerging art last year than at any other point in history, and the trade has been in rapid expansion mode. But under the surface, the tectonic plates are shifting, and unease is bubbling up about the effects of the market on the art that fuels it.

“The market has been eating the art,” says Robert Storr, the dean of the Yale University School of Art. “There are still good dealers who understand the danger, and artists who can say no. But we’re in a perilous position and we need to talk about it.”

Such upheaval could be imminent, Levin says. He points to the drastic slump in oil prices and the collapse of the Russian rouble in December, and to the contraction in Chinese manufacturing and currency volatility in the financial markets. “Should the contagion spread to the US economy, then it’s anybody’s guess as to how it will play out,” he says. “It is quite possible that the art market has reached a summit.”