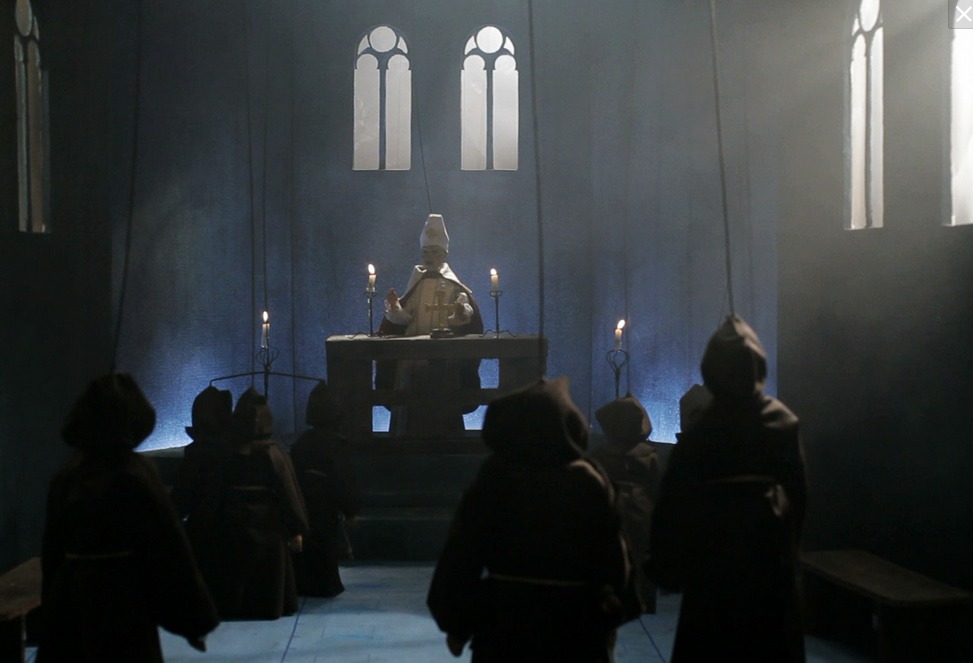 Egypt-born and -based Wael Shawky inhabits the epic’s structure impeccably, and in the most unexpected way possible: with puppets. In a lush, labyrinthine trilogy of films being exhibited at MoMA PS1, he uses sublimely designed, marvelously costumed ensembles of marionettes and puppets — some made centuries ago, others fashioned by the artist of Murano glass.

Shawky’s films remind us that only one day after September 11, 2001, George W. Bush called for a “crusade.” Almost echoing Pope Urban II, he incited the West to “defend freedom and all that is good and just in the world.” Shawky’s art makes us know this in our bones, makes us wonder if we’re addicted to and in satanic love with war. After thousands of years, the words attributed to Plato only ring truer: “Only the dead have seen the end of war.”