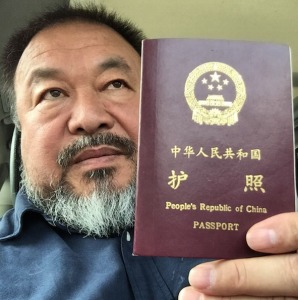 On Wednesday morning, Chinese artist and prominent dissident Ai Weiwei announced via an Instagram post that Chinese authorities have returned his passport. “Today I got my passport” his Instagram caption read.

“Ai Weiwei and his many supporters around the world are thrilled at the news that his passport has been returned after 600 days,” Ossian Ward from Lisson Gallery, which represents Ai Weiwei, told artnet News in an email. “Having been denied foreign travel since his 81-day detention in 2011, Weiwei now has the possibility to visit his son and his studio in Berlin as well as some of his many forthcoming museum exhibitions around the world, including major shows this autumn in London, Paris, Helsinki and Melbourne. However, he intends to remain based in Beijing, his home,” Ward added.