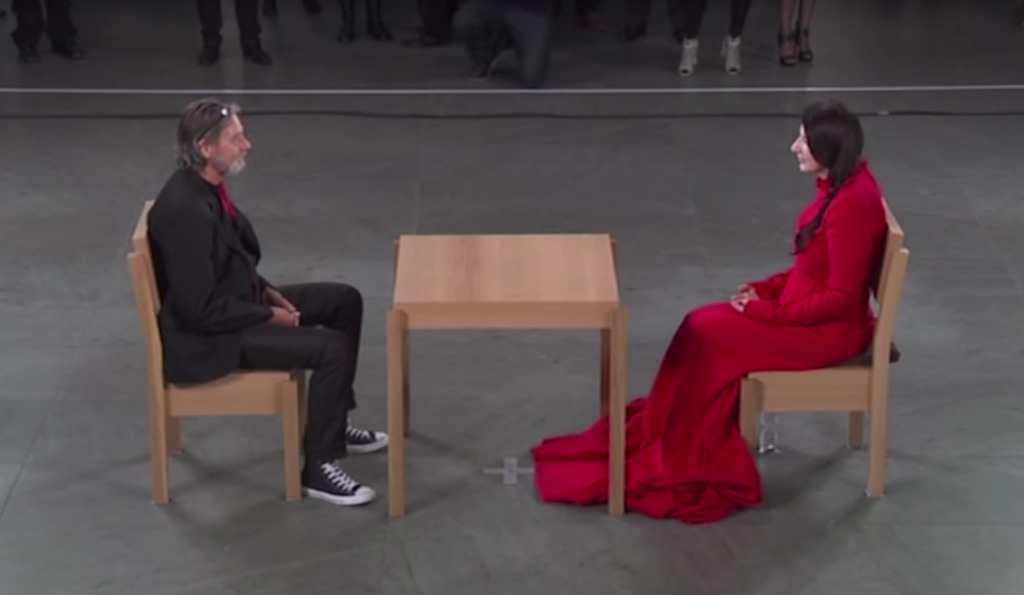 If you do nothing else on this site, watch this Video!

A bearded old man with a weathered face stands in pink knickers. As part of his performance A Skeleton in the Closet, he is writing numbers on the wall of Amsterdam’s Stedelijk Museum: 252, 253, 288, 289. The lucky spectators who made it in to the sell-out show – 500 hopefuls remain outside – try to work out what it all means.

Frank Uwe Laysiepen, who has worked for more than 50 years as Ulay, is one of just a handful of performance artists featured in art history textbooks. The only one better known is Marina Abramović: Ulay’s partner in life and art from 1976 until 1988. Since their break-up, Abramović has become famous worldwide, thanks to a 2010 retrospective at MoMA in New York, a major HBO documentary, celebrity friends including Jay Z and Lady Gaga and a line of Adidas commercials. Ulay, however, is hardly a household name.

As we said, WATCH THE VIDEO!! (and turn up the sound)!