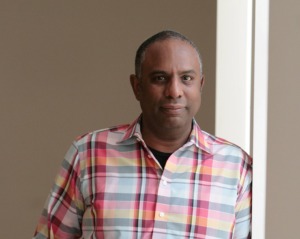 So how much of your work is really documenting the ineptitude of the police?” Stan Douglas is laughing at my question without completely avoiding it. “Well, the work can’t conceal the points at which they are out of their depth,” he says. We’re sitting in the Victoria Miro gallery in Mayfair, London, talking over the sounds of drilling as the artist’s latest large-scale works are secured to the wall next door.

The 57-year-old Canadian has spent the last 30 years making richly cinematic and allusive conceptual works that echo Hollywood noirs, westerns and cold war spy thrillers, Melville, Kafka and Hitchcock, while digging into deeper sociopolitical themes. His 2016 film The Secret Agent relocated Conrad’s novel, set in 1886 London, to Portugal after the 1974 carnation revolution. Disco Angola (2012) and Luanda-Kinshasa (2013) also explored historical moments of upheaval – what he calls “a rupturing of the status quo”.