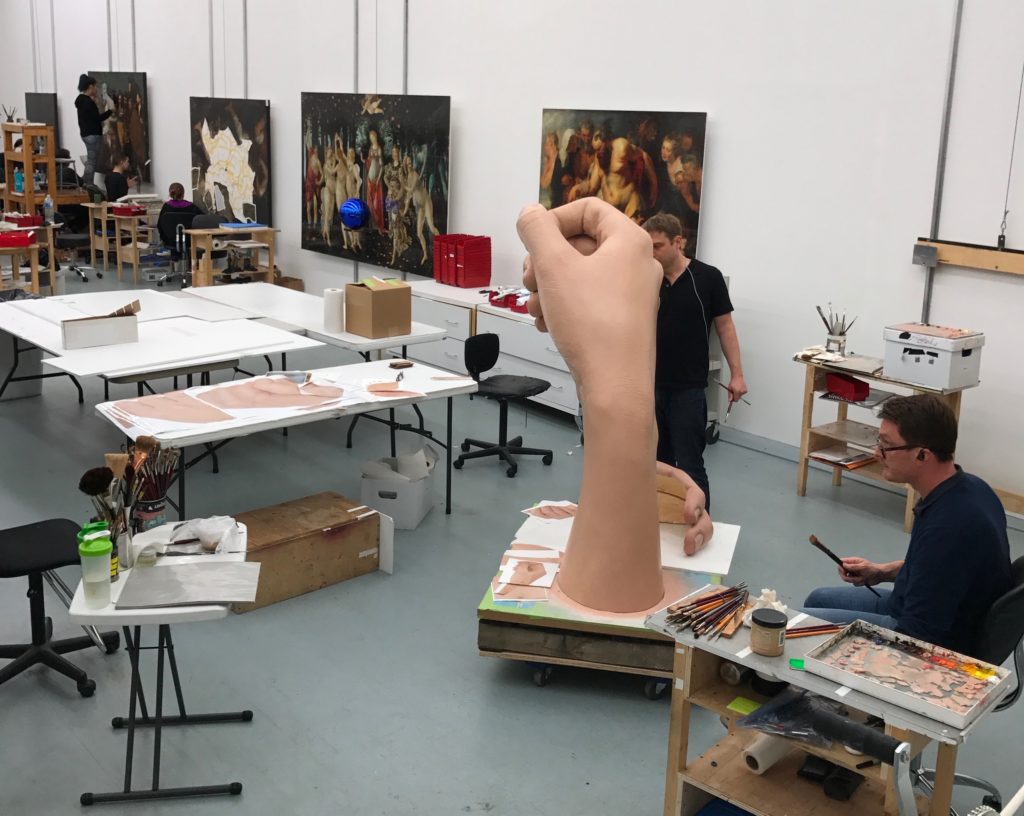 Whitewall met with the artist in his sprawling Chelsea studio just days after his “Masters” collection launched for Louis Vuitton, a project he saw as quite public and accessible, too. The special line puts the work of Da Vinci, Titian, Rubens, Fragonard, and Van Gogh on accessories like bags and scarves, touting the name of each master in bold reflective metal type. So while perhaps the Louis Vuitton bags aren’t accessible in cost per se (albeit much more than an original Koons work), they will be seen on the street.

We chatted with Koons about his experience working with LVMH for the second time and about the connection between our cultural life and our biological makeup.

It’s about reaching the highest state of consciousness. I just saw a Twombly show in Paris at the Pompidou. It’s an amazing show. At the beginning of the show in 1953 there are a couple examples of Cy’s paintings. As you go through the show, you see the work developing. When you come to the last section of the show, where his late works are, you realize it’s almost like he prepared himself his whole life for his last works. These works are absolutely dealing with the sublime. And it’s like he’s on the other side; he’s there. It’s phenomenal.

I think Cy did it. Picasso did it. Picasso’s late works, I think, are this level of intuitive thought. I think both these people really ended up at the sublime. And we all can do it. Every individual has the freedom to exercise this power all the time.  I believe that on our deathbed, right at the moment of passing, that we may feel a sense of how easy it would have been to do all the things we really wanted to do. And think, “Oh, if only.” And I would like to do that now. I would like to achieve that level of understanding now. We have that freedom now, and we can exercise all this. So that’s why I make my work, to try to get closer to that level of consciousness.