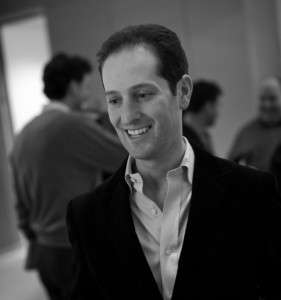 The first week of March has become, thanks to The Armory Show and Armory Arts Week, the true kick off of the spring art season. Art fairs have increasingly become the key meeting place for galleries and collectors, a trend that benefits The Armory Show. Under the leadership of Executive Director, Noah Horowitz, the fair has worked to maintain the integrity of each gallery showing within the walls of Piers 92 and 94, while embracing the changes in the ever-shifting art world.

Horowitz joined the team at The Armory Show in the fall of 2011, when the future of the fair was somewhat unclear. London-based Frieze Art Fair announcing that they would expand to New York in 2012, and a layer of uncertainty surrounding the ownership of The Armory Show itself, created a degree of questioning within the institution that had produced a long run of successful shows since its formation in 1994. Horowitz, who has a Ph.D. from the Courtauld Institute of Art in London, where he studied art and business, was first approached by Paul Morris, one of the founders of The Armory Show, and Debbie Harris, who oversees the Modern section of the fair.