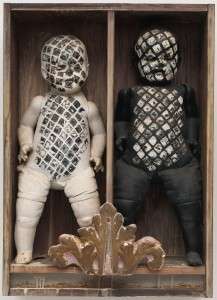 ‘Witness: Art and Civil Rights in the Sixties,’ at the Brooklyn Museum.

“A change is gonna come,” the soul singer Sam Cooke promised in his 1964 hit song. And so it did. Officially, it arrived fast, with the signing into law of the Civil Rights Act that year. In reality, its progress was killingly slow, and by then already a decade old.

Today, half a century on, Cooke’s promise is far from being a done deal. But if you happen to have heard the song when it was new, you can still feel the bittersweet ache of faith it evoked in a harsh but acutely utopian time.  The same ache runs, from beginning to end, through “Witness: Art and Civil Rights in the Sixties” at the Brooklyn Museum, a vivid record of that time as seen through some of its art.