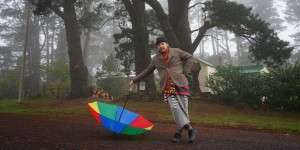 If you bring up the name Stefan Simchowitz in the company of art dealers, collectors, advisors, or other professionals, you are bound to get a vigorous reaction. A producer of Hollywood movies like “Requiem for a Dream” and a co-founder of MediaVast, the photo-licensing site that was sold to Getty Images in 2007 for $200 million, Simchowitz is one of the world’s most successful—and controversial—collectors of work by emerging artists. He also works as an art advisor to a coterie of enormously rich young mavericks from the tech sector and entertainment business, both flush fields that have been traditionally difficult for the art market to penetrate. How has he accomplished this? By positioning himself, convincingly, as a disruptor almost entirely at odds with the art establishment.