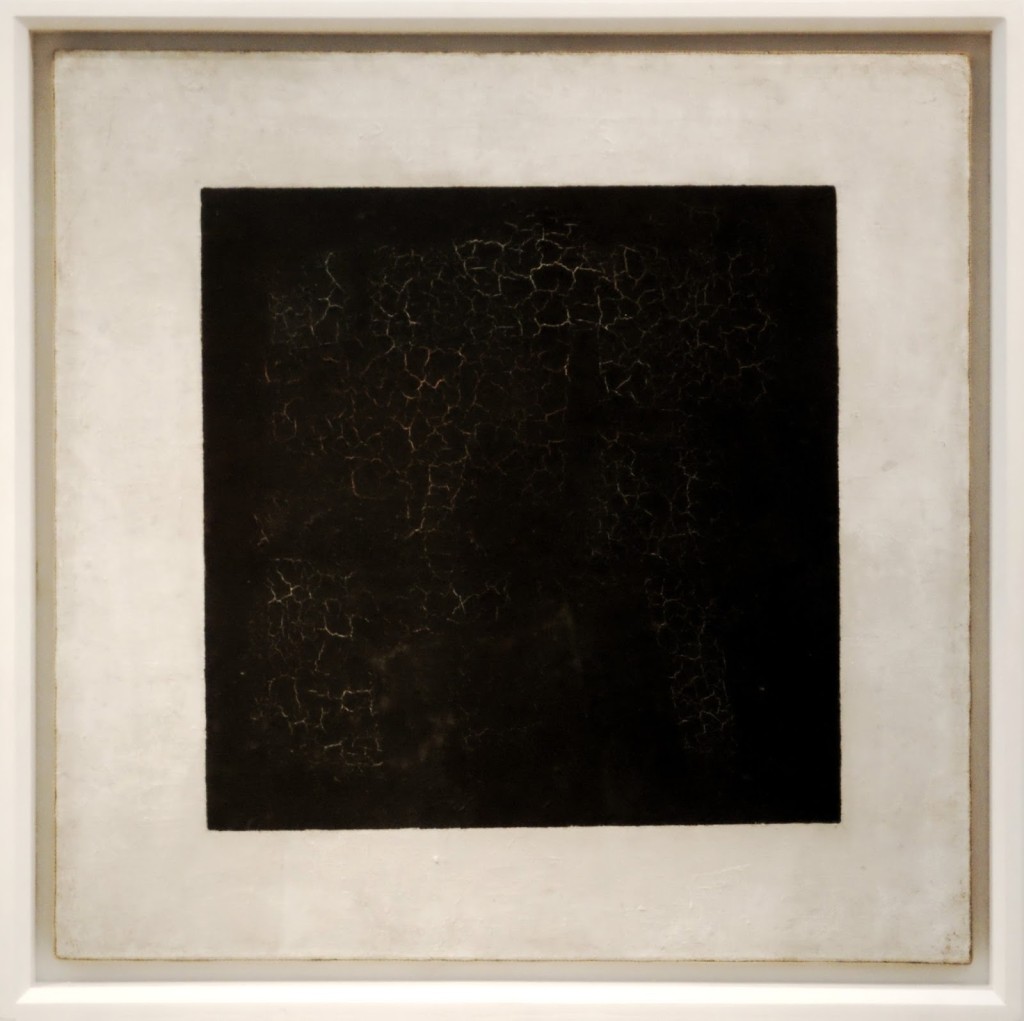 At the heart of Kazimir Malevich’s art is a statement so final that everything else orbits it. Emphatic, plain and declarative, his Black Square has a modest, expressionless presence. It seems like a last word. But what was it? An abstract icon? A tombstone for pictorial art? The portrait of an idea? Or a thing in itself? Perhaps not even Malevich knew.

What do you say when you have said the last word? One solution is to keep on saying it. Existing in several versions – the first was painted in 1914 or 15, the last in 1929 – Malevich’s Black Square is both beginning and end. There’s depth in the black. It seems to be as much volume as surface. It is simple, it is complicated, and Malevich said that it had been painted in a sort of “ecstatic fury”, though each version seems calm and emphatic. The painting looks back at you, blankly, saying nothing, giving nothing away.