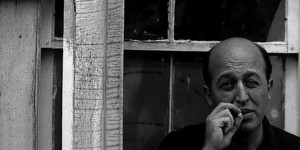 Possibly the most renowned art critic in American history, Clement Greenberg (1904-1994) held sway for years in the postwar period over not only the popular perception of contemporary art being made in this country but also how the artists themselves thought about it and brought it into being in their studios. While his reign eventually came to an end, with opinion turning against his dogmatic edicts, his ideas—which he published in the pages of the Partisan Review, the Nation, and Commentary—remain a critical touchstone for anyone trying to grasp the Abstract Expressionists, the Washington Color School painters, and others who were engaged in formalist, “non-objective” art, as abstraction was called back then. What follows is a précis on Greenberg’s key accomplishments.