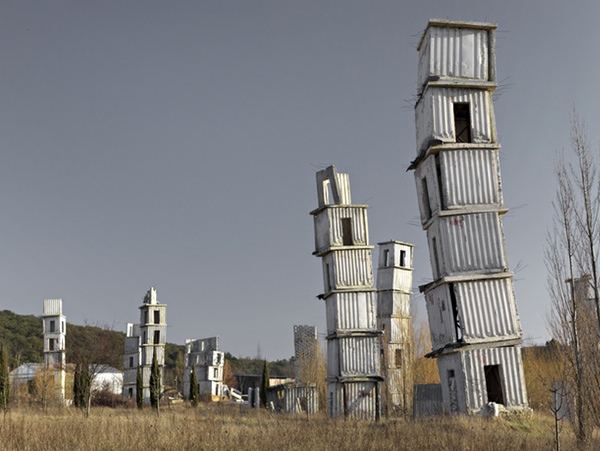 Steampunk shipping containers, planes full of sunflowers and triptychs the size of squash courts – Michael Prodger visits the place that’s produced some of the most extraordinary artworks of the last century.

Anselm Kiefer is a bewildering artist to get to grips with. The word that comes up most often when his work is discussed is the heart-sinking and slippery “references”. His vast pictures, thick with paint and embedded with objects from sunflowers and diamonds to lumps of lead, nod to the Nazis and Norse myth, to Kabbalah and the Egyptian gods, to philosophy and poetry, and to alchemy and the spirit of materials. How is one to unpick such a complex personal cosmology? Kiefer himself refuses to help: “Art really is something very difficult,” he says. “It is difficult to make, and it is sometimes difficult for the viewer to understand … A part of it should always include having to scratch your head.”

Now 69, Kiefer is the subject of a retrospective at the Royal Academy, where he is an honorary academician and which, through its summer exhibitions, has done much to bring him to the attention of the British public. This show is part of an extended German moment in UK galleries: Gerhard Richter and Georg Baselitz have both had exhibitions recently, while Sigmar Polke comes to Tate Modern next month.