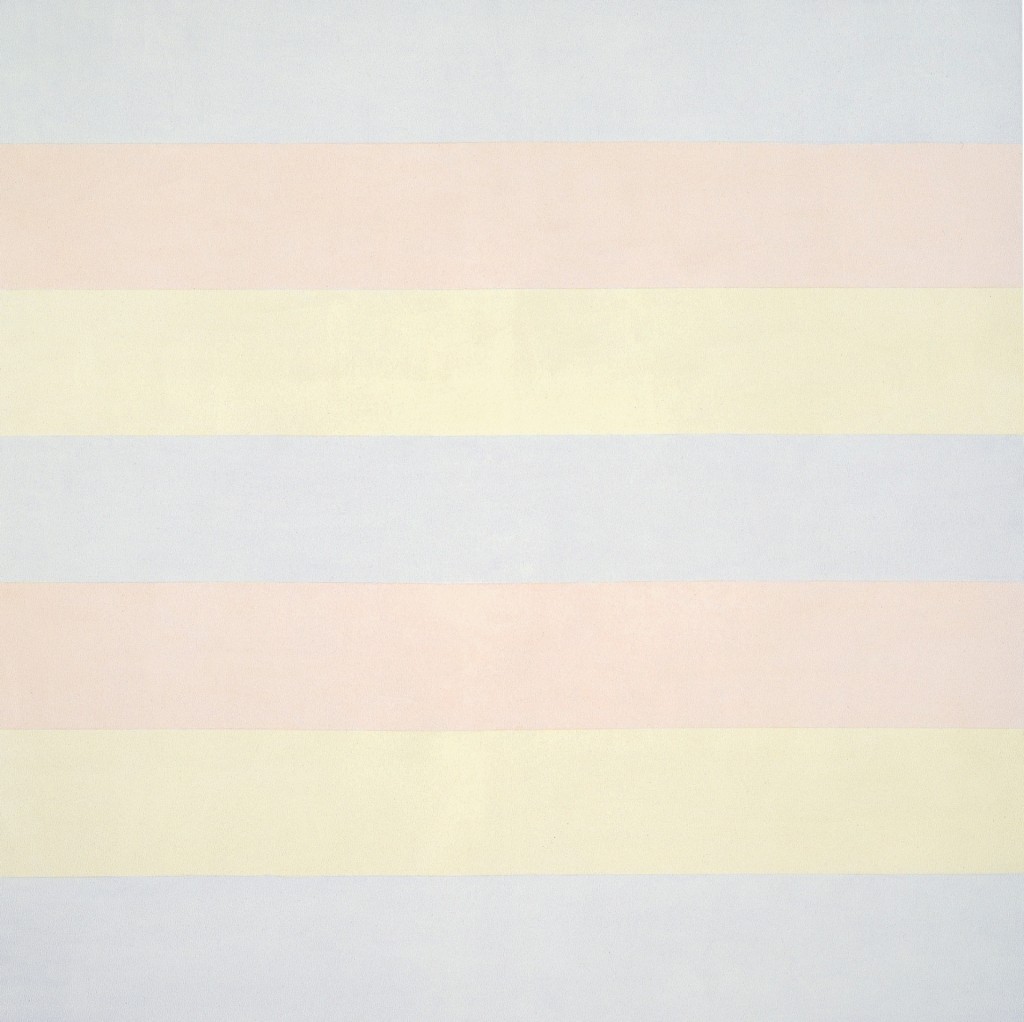 In the summer of 1967, Martin left New York and went off-grid before reappearing in New Mexico. The art she made there – with its buoyant bands of colour – offer no clues to the turbulent life of an artist who was diagnosed with paranoid schizophrenia. Ahead of a major retrospective, Olivia Laing celebrates her visions of pure joy.

Art must derive from inspiration, Agnes Martin said, and yet for decades she painted what seems at first glance to be the same thing over and over again, the same core structure subject to infinitely subtle variations. A grid: a set of horizontal and vertical lines drawn meticulously with a ruler and pencil on canvases six feet high and six feet wide. They came, these restrained, reserved, exquisite paintings, as visions, for which she would wait sometimes for weeks on end, rocking in her chair, steadying herself for a glimpse of the minute image that she would paint next. “I paint with my back to the world,” she declared, and what she wanted to catch in her rigorous nets was not material existence, the Earth and its myriad forms, but rather the abstract glories of being: joy, beauty, innocence; happiness itself.

After that, she set down her pencil. Her final days, in December 2004, were spent in the infirmary of the retirement home, surrounded by a few of her closest friends and family members. In his memoir, Glimcher describes sitting and holding her hand, singing her favourite “Blue Skies”, a song they’d often sung together while she drove him through the mountains, her foot on the gas, exhibiting a queenly disregard for speed limits and stop signs. Sometimes she’d chime in from her bed with a couple of wavering lines: “Nothing but blue skies / From now on.”